The sound pressure field generated by the shock waves is a divergent field tending, by nature, to produce
specific spatial gradients.

In CTU S Wave the operator, through a simple and intuitive software interface, can changethe temporal and
spatial gradient of the shock wave issued, depending on the characteristics of impedance, elasticity and
absorption of the various damaged biological tissues.The technological innovation of CTU S Wave is a more
effective approach to the pathology to be treated.

Furthermore, CTU S Wave combines the effects of the induced energetic component of the pressure field
connected to the shock wave with the effects of the diamagnetic repulsion by associating biostimulating
action with a drainage effect allowing the reduction of treatmenttime by optimizing healingtime.

The shock wave generator of CTU S Wave is a patented device and is the only one that can offer the chance
to contextuallymodulate the following values:

• spatial/temporal gradient of the wave
• power (namelythe pressure gradient)
• waveform (defined “envelope of the wave generated”)
• overall energy that will influence the desired effect on the tissue
• three-dimensional holographic focuson the tissue under treatment.

DIAMAGNETIC GENERATOR
CTU S Wave has an electromagnetic generator, and this causes a substantial evolution of the
transduction process.
When the shock wave is developed, the magnetic energy is transduced into mechanical energy and
transferred to tissues through special focus lens behaving like Fresnel lenses. Fresnel lenses result to be
convenient because allow having a flat contact surface with a very reduced volume making its positioning
and application easier.The lenses can be portioned into series of annular concentric sections to obtain
different focal lengths but also different focal geometries, by adjusting again the pressure wave to the
anatomical area and the pathology.

By using the exclusive diamagnetic effect of CTU S Wave, the interaction of the magnetic field on tissues
can be intensified and extended over the time, including during the therapy, and further effects, other than
those usually produced by the traditional shock waves, can be obtained:

• analgesic and anti-inflammatory effect;
• acceleration of soft tissue repair process (ulcers, wounds hard to be healed, burns);
• drainage by DIAMAGNETIC ACTION of oedematous tissues and of accumulations of slags arisen during
breakdown, and by the inflammatory condition of the tissue under treatment;
• total pain absence during application by effect of cell wall hyperpolarization.

CONTROLLING THE WAVEFORM MAKES THE THERAPY MORE EFFICIENT
The sound pressure field of the shock waves is a divergent field tending, by nature, to produce specific
spatial gradients.In the generators of shock waves without diamagnetic technology, the spatial gradients
cannot be adjusted and modulated therefore only one and unchanging waveform is generated.
Conversely, a generator with diamagnetic technology allows intervening on the spatial gradients generated,
influencing positively the pathology in relation to depth, anatomical area and type of tissue influenced.

ABSENCE OF THE PAINFUL COMPONENT
The own property of the “diamagnetic” generator of CTU S Wave to intervene on spatiotemporal gradients
of pulses, allows also the efficient control of the painful component that is completely absent during the
treatment.

SPATIAL FOCUSING (caused by effect of the type of lens used, the power selected and the wave front adapted)
CTU S Wave is equipped with a set of special lenses, built according to the principles of the Fresnel lenses
each of which characterizes the focus geometry of the pulse into tissues during the energetic
emission.According to this principle the treatment method can be both focused and radial, meeting the
different therapeutic needs.

TEMPORAL FOCUSING (caused by effect of the operating mode selected and wave front adapted)
The temporal modulation of energy pulses allows varying the amount of energy to be emitted in the unit of
time on the various tissues in order to avoid overloads and sudden damages of tissues that are not under
treatment.

OPERATING MODE
CTU S Wave is the only device allowing to carry out shock wave treatments by selecting specific
mechanisms of action and operating modes for a stable adjustment to the sound properties of tissues and
to the anatomical pathological phase.In particular with CTU S Wave it can be changed:

• the overall energy emitted, namely the time interval when the power selected is expressed.It
depends on the effect that I want to obtain on tissues (separation of calcific and/or fibrotic
components, stimulation, drainage), on the interaction on soft/hard tissues and on the
acute/chronic phase of the pathology;

• the wave front, represents the envelope of the wave generated and therefore the field
gradient.The wider is the wave front, the quicker will be the pulse and therefore the more rigid will
be the intervention on tissues.The wave front joined to the operating mode selection allows a
specific adjustment to the tissues by increasing the therapeutic efficacy and reducing or eliminating
completely the painful component.

The selection of treatment parameters takes into account:
• the painful phase of the pathology,
• the presence of an acute or chronic trauma,
• the interaction with a resistant or soft tissue.

DIAMAGNETIC EFFECT
With CTU S Wave , when the shock wave is developed, it is transduced from magnetic energy into
mechanical energy with special focus lenses in the tissues.The residual magnetic energy, finished the
transduction effect into tissues, is used to obtain an analgesic and anti-inflammatory effect increasing the
efficacy of the shock-wave treatment. 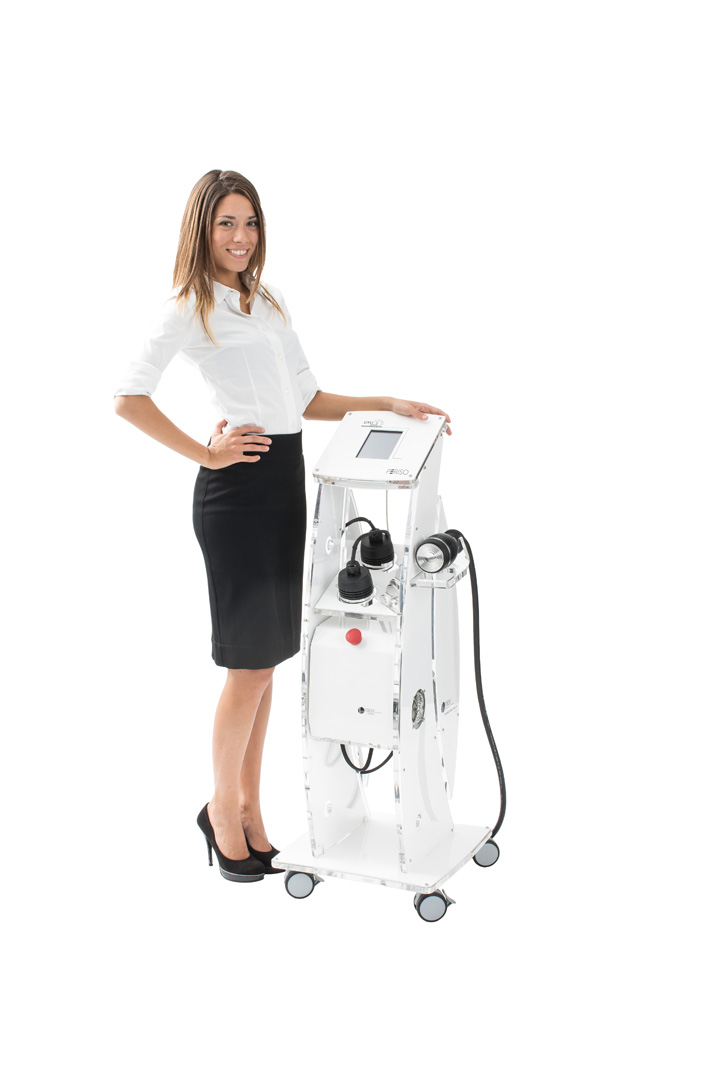 The main pathologies where the shock waves result to be effective are:

The therapeutic results, thanks to the DIAMAGNETIC EFFECT, express: 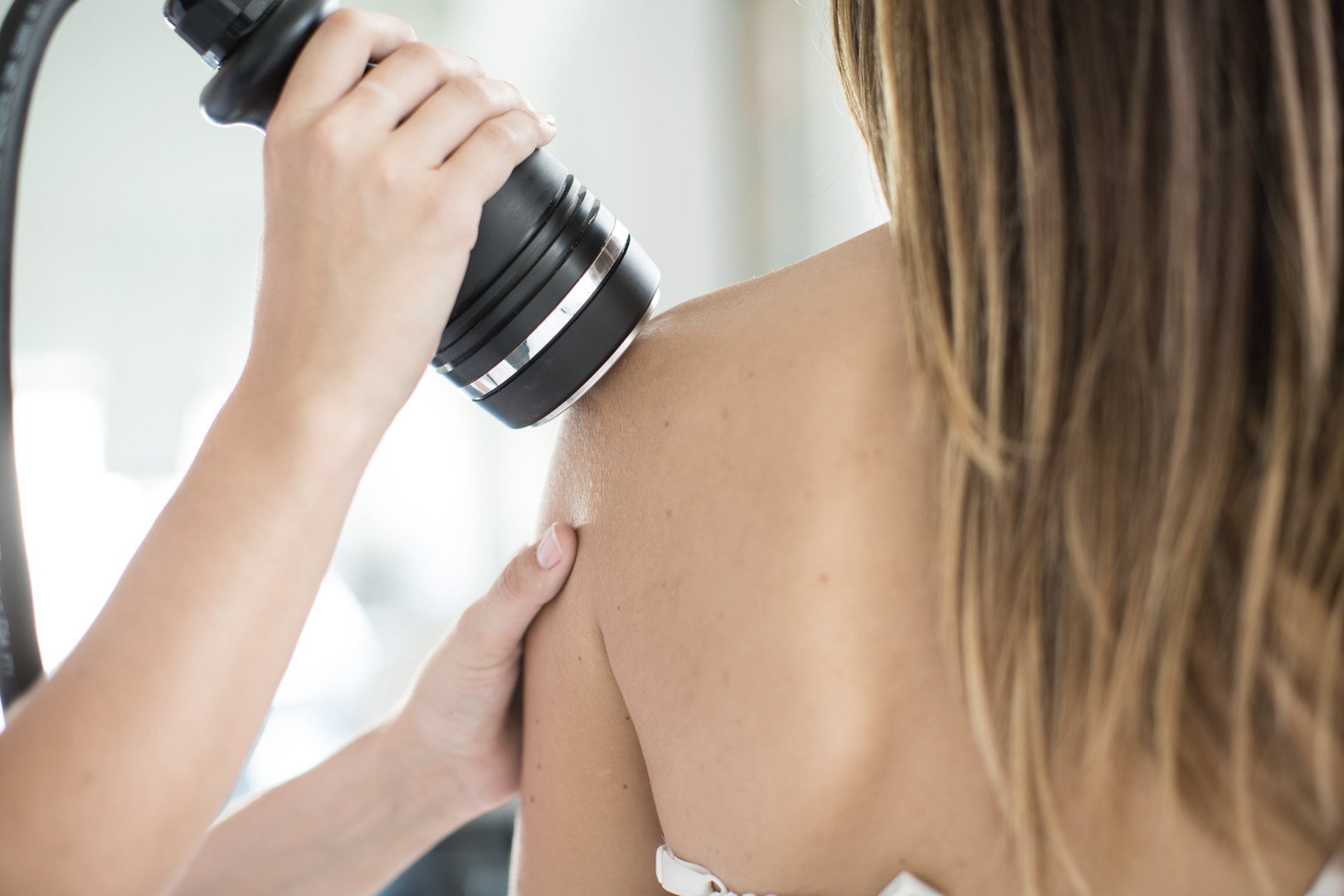 [cs_the_grid name=”CTU S”]
We use cookies to ensure that we give you the best experience on our website. If you continue to use this site we will assume that you are happy with it.Ok